THE PCS POLE OPEN AT THE ARNOLD IS OPEN TO WOMEN, MEN, JUNIORS, MASTERS, AND DOUBLES OF ALL RESIDENCIES. COMPETITOR REGISTRATION FEE GUARANTEES A SPOT ON STAGE. ACCESS TO THE COMPETITION IS FREE FOR ANYONE WITH AN ARNOLD EXPO TICKET SO FRIENDS AND FAMILY ARE WELCOME TO COME WATCH AND CHEER! 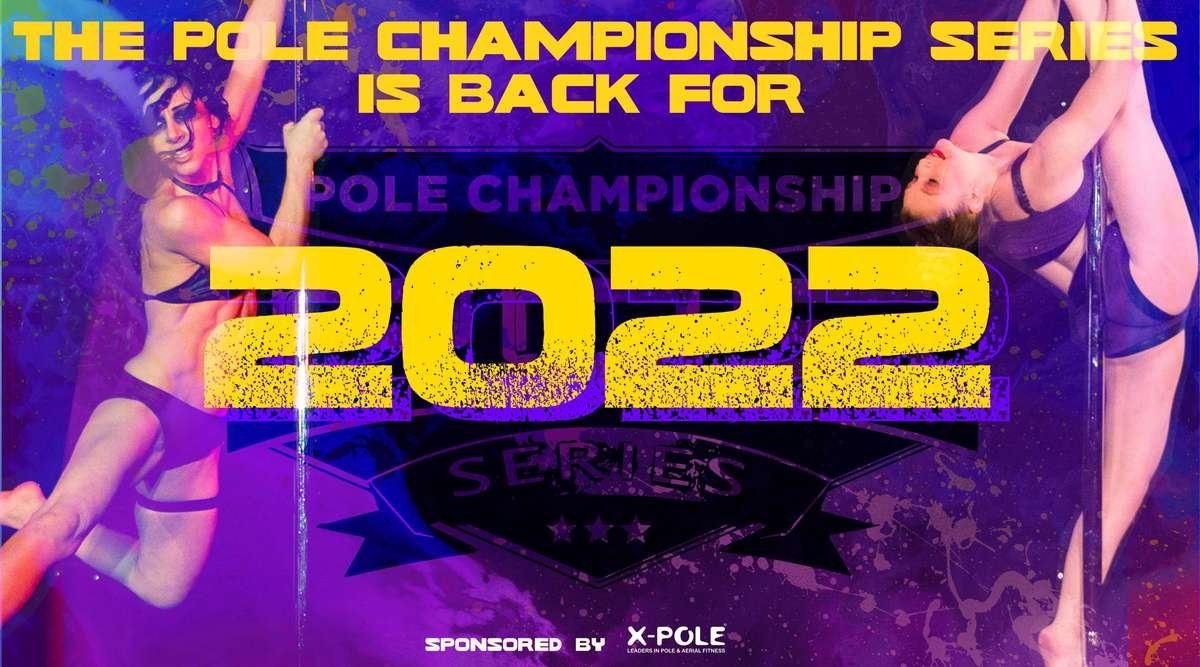 ★ Women's Amateur L3/4 Finals (ages 16+, women, solo) Competitor is an intermediate amateur with more comfort and solidity in execution of tricks, more mastery and control of movement and greater fluidity in transitions, dance, and floor work than a Women’s Amateur L1/2 competitor. The competitor most likely has competed in another amateur level competition.
Moves suitable for this division include:
Examples of maximum level of difficulty of moves include:
This division allows descents to aerial inversions and aerial inversions.
Presses, deadlifts, held iron X’s, held shoulder mount planks, or other moves where body and legs are suspended and held away from the pole are not permitted in this division.

Examples of moves at the semi-pro level include:
★ Women's Pro Open Finals (ages 16+, women, solo) The competitor has competed at the professional level in a prior competition. A competitor who has not yet competed in the professional division at a prior competition but who has previously earned pro status can email a video link to Lindsey@polechampionshipseries for approval to compete in the Women’s Pro Finals. Competitor displays solid and clean execution of tricks and maneuvers that require contortion level flexibility, maximal pull up strength, top notch body awareness, and the most precise control of movement.
Move examples in this category include:
***Top 3 Winners (1st, 2nd and 3rd place) of PCS Pole Open Women's Pro Finals automatically earn a spot to compete in the PCS Championship Pro Pole Fitness Finals the same evening!
★ Master's Finals (ages 40+, men or women, solo)​
★ Men's Finals (ages 16+, men, solo)

★ Junior's Finals (ages 10-16, boys, girls, teens)
Note: If you are not sure what category to enter and do not want to risk deductions for entering an inappropriate division for your skill level, please email a recent performance video to Lindsey@polechampionshipseries.com for suggested placement.

REGISTRATION
The PCS Pole Open is open to competitors of all residencies and countries.
Fee per competitor
$75 before December 31st
$100 until February 15th deadline
*** Pay one fee and compete in as many divisions as you would like!
Registration fee includes:
​☆ (1) Athlete Weekend Pass to the Arnold Expo
☆ (1) Sponsor Gift Bag
☆ (1) Professional performance video
☆ (10+) Professional photos
Refund policy: Refunds issued within 60 days if event is cancelled.
Registration Deadline: February 15, 2022

***Book your hotel room in the pole fitness block at The Hyatt Regency Columbus here. Deadline extended to January 17, 2022!

TICKET INFORMATION FOR PCS POLE OPEN SPECTATORS
All Open athletes will receive (1) complimentary 3-Day Arnold Expo pass and athlete wristband. This will get you into the Arnold Expo and PCS Pole Open March 4, 5 and 6.
Spectators (anyone who wants to watch the PCS Pole Open competition) need to purchase Expo Admission, which is available for 1, 2 or all 3 days here.